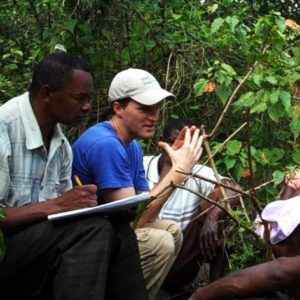 Tim McCollum, US Peace Corps worker (a NGO), worked in Madagascar and, together with a colleague, set up a cooperative in 2006, to produce chocolate locally.

They called the project: ‘Grown in Africa. Made in Africa ‘. Or as we say ‘from tree to bar in Madegascar’. It is not only fantastic chocolate, but it also has four times the impact of fair trade. Tasty and good for the people, that’s how we like it.

The fact that Madagascar has great aromatic cocoa, many chocolate makers know. And especially from the Sambirano valley, which is the cocoa heaven on earth due to its location and the microclimate. And there is the cooperative Ezaka located, where the beans for Madécasse come from.
The chocolate is not certified organic, simply because certification is too expensive.
“The farmers know how to spend their money better than on expensive pesticides,” says Tim. “And in the remotest areas no pesticides are used.”

In 2017, production is temporarily in Italy, because a new factory is being built on Madagascar.